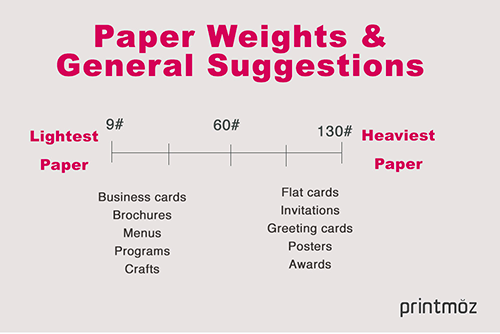 When you read this article, you’re going to learn about cover stock vs cardstock. And when you’re finished, you’ll also know how do you convert points to inches (you’ll be in the rare group of people that know how to do this). I hope this article answers all of your other cardstock and cover stock questions too!

Coverstock and cardstock are both similar and heavier than the regular paper department. But sometimes people get cover stock vs cardstock all mixed up. It’s an easy thing to do because they’re so alike. One good thing though, it’s probably not going to ruin your life if you get them confused.

But we want you to have perfection when you print on cardstock or cover stock. We want your project to be exactly how you like it. So, let’s start with the basics first.

What Is The Battle Of Cover Stock vs Cardstock?

It’s not quite as extreme as the superhero battle between Batman and Green Lantern. But if you want your project close to perfection, it might be a big deal to you. Before we get into the topis of cover stock vs cardstock, I want to talk about their similarities first.

Cover stock vs cardstock can be used the same way (generally). They can pretty much be used interchangeably in all types of printing and craft projects. Whew. You can now breathe a sigh of relief if you ordered cardstock when you thought you were ordering coverstock. Now that we’ve covered their similarities, it’s time to talk about their precise dissimilarities.

Here Are Some Basics In An Easy To Use The Chart For The Differences:

Cardstock and cardstock can be used the same way (generally). They can pretty much be used interchangeably in all types of printing and craft projects. Whew. You can now breathe a sigh of relief if you ordered 12pt. card stock when you thought you were ordering 80# coverstock. Now that we’ve covered their similarities, it’s time to talk about their precise dissimilarities.

They have different thicknesses, weights, and advertising titles on the package at the craft or office store. Coverstock is usually textured and has a protective coating or finish. Cardstock usually has a smooth surface. That a big way to tell them apart. Cover stock is shinier and possibly even bumpy. Here’s another difference in the cardstock vs cover stock battle your geeky

Coverstock is often measured by thickness in points (not inches or mm). While cardstock is measured and advertised by its pound (#) weight and inches. Cardstock and cover stock have different thicknesses and weights. Here are some suggested ideas for different weights of cardstock.

Here Are Some Ideas For Different Weights Of Paper For Your Paper Weighing Pleasure:

None of the suggestions are set in stone. It can be a sliding scale, depending on what you like the most. Some people love having thick and shimmery business cards, while other folks want thin ones so they can keep more in their wallet. Which do you prefer? Matte? Textured? Thick? Thin? Glossy? Or Smooth? This will help you settle the cover stock vs cardstock in your own life. Let’s answer some questions now.

How Paper Is Classified In Weight

Calipers are the measured thickness of the paper. They are measured in points or millimeters. Still, have more questions about 12pt card stock or 24 pt coverstock?

If you think you’ll be ordering 500 sheets of anything, think about how heavy an entire reem of 110 lb cardstock will weigh. More than likely if you have a heavier weight on the paper, your shipping cost will also go up. So consider this when deciding which cardstock to use in your project.

Cardstock Invitations Have Several Options For Weight As Well

How Do You Convert Points to Inches?

If you want to figure out how to go from points to inches, you’ll want to divide the length by 72.

Now, How Do You Convert Inches To Points?

Multiply the length by 72. 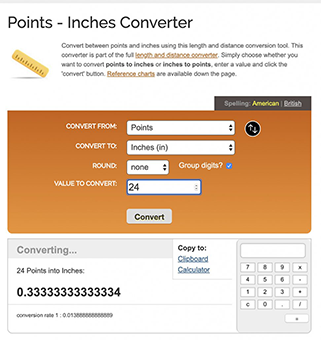 How To Use A Point To Inches Converter

If you aren’t too keen on busting out the calculator to figure out the conversions, there’s an even easier way. You can click on this conversion calculator. It’ll do all the work for you! You can convert points to inches or inches to points. It takes mere seconds. Just choose which conversion you want from the dropdown menu then put in the number you want to convert. Then click “Convert.” Here's a screenshot that shows how easy it is to use!

The bigger the number, the thicker that paper. So a 24pt cardstock will be more substantial than a 12pt cardstock. So it depends on what you like the best. How thick do you want your printing paper to be for your project? I want to go over some other questions in the next section.

What Size Does Cardstock Come In?

If you’re in business, you may want to have a large poster, giant check, or some other fun printing idea. When you need to go big you can get 12pt, or 24pt and as large as 26 inches x 38 inches. This is more than enough cardstock for a big cheap advertising poster.

What’s The Difference Between Kraft Paper vs. Cardstock?

Kraft paper is a specific type of cardstock. It’s also known as sack paper. It’s made for packaging and printing that needs a very durable paper. The pulp produced by the kraft process is darker than most other papermaking processes. It also has a high elasticity.

Many brands like the natural look of kraft paper. In the branding, the department is speaking eco-friendly, earthy, and conscious. Kraft cardstock is just another form of cardstock that is made with a different chemical process. It can also be bleached. The main bonus of using craft cardstock is it’s durability and resistance to tearing.

You can create sale signs, promote your brand, presentations, or you can use cardstock posters at trade shows and conventions. You can promote your events with big posters too.

Cardstock is also useful for architecture mockups, and sizeable modern interior design pieces. Cardstock is durable enough to stand alone and is also thin enough to fit into a standard frame. You can discover the best way to hang posters too.

In conclusion, the cover stock vs cardstock debate shows that there's not much difference. Both papers can usually serve the same purposes. Cardstock has less texture and is the best for any printing job due to its smooth nature and ink absorption. We hope you know everything you need to make the most informed decision. Printmoz also carries cheap vinyl banner print. Thanks for reading!